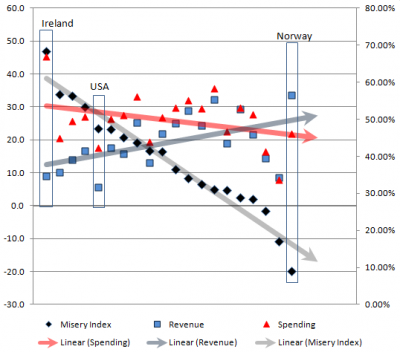 As you probably recall, this series began with the following observations and conclusions:

(You can see some concrete suggestion about taxing the 1% and strengthening the 99% here and here.)

That last point—inhibiting the abuse of wealth and power—is the topic of todays post.

Here are a few suggestions:

I pointed out, in the previous post, that the recent Republican attack on net neutrality—on your right, for example, to read the daily mull even if your broadband company doesn’t like what I say here—that the Republican attempt to destroy that right is rooted in the specific notion of freedom which big money conservatives and social conservatives share.

The liberal view of freedom is centered in the individual—on the right to live as he or she sees fit, as long as that doesn’t infringe on the rights of others.

The conservative view of freedom is centered on power—on the right of those in power to infringe on the individual’s right to live as he or she sees fit.

Conservatives tend to stand for the right of those with power—be it government or business or teachers in the classroom—to deprive citizens of freedom.

Conservatives in the Republican voting base stand...

Remember, this series is about creating a free market, and, in the process, strengthening freedom and democracy in the country.

A laisez-faire market is neither free, nor beneficial.

It will eventually be controlled by wealthy corporations to the detriment of freedom in general.

But a truly free market—one which is kept free of the dominance of wealth—is generally beneficial to all.

Last time we looked at the first of three ways to keep the market free, by stemming the power of wealth.

The three ways were:

This time we look at the second step: increasing the wealth and power of the 99%.

The steps outlined last time all had to do with taxes aimed at top incomes in one way or another.

Those taxes weren’t designed to raise money, but rather to slow the growth of wealth, and the unbalanced power it entails.

But they would raise money, and quite a bit of it.

Which is fortunate, because we can put that money to good use, in order to strengthen the 99%.

In the last few posts I’ve advanced the following argument:

This post looks at the first of these—six ways to limit the wealth and power of the 1%.

Most ways to do this involve taxation.

So far we’ve established the following:

There are many ways to do this, but recently the 1% have become very adroit at evading the more traditional approaches.

In the last two posts (To read this series from the beginning, start here.), I’ve argued that the dogmatic worldview of the Free-marketers falls under its own weight on two points:

Ironically, those same points can lead us to a solution, by showing us how we can have a truly free market.

The problem, of course, centers on the meaning of the word “free”.

Up until now, I’ve accepted the definition of the Free-market cult, which defines “free” as meaning “free from government intervention”.

Last time we looked at the first fundamental flaw in the faith of Free-marketers:

But let’s move on to the second fundamental flaw in their Faith.

Let’s enter into their fantasy world and pretend that it is possible to have a completely laissez-faire market: a market in which somehow contracts are enforced without any government involvement, in which the currency is put in place by divine decree.

The occupiers of Wall Street, and of other public areas around our nation, are highlighting a doctrinal schism within our national soul.

Not all doctrines are religious.

There are political, and economic doctrines, too—and many of those are accepted on faith, as well.

The doctrine in question is the absolute and unquestioning belief that the only solution to any and every economic problem is the free market—by which the true believers mean a laissez faire market: a market with no government intervention.

Like most doctrines accepted on blind faith, this one begins to fall apart the moment it’s examined closely.

Many years ago, when I was first establishing my private educational practice, I signed up for a seminar on running a consulting firm, to see if anything they had to say applied to my new business.

The seminar leader turned out to be a consultant only in name: he used his title of "security consultant" to sell companies on his real business, which was providing outsourced security personnel.

He hired private security cops, then rented them out to the companies he "consulted" for.

So I learned very little about consulting from him.

But I did learn something far more important.

In the course of his lecture he told us how he got into "consulting" and about a "revelation" that had come to him one night in bed.

He started out as a security guard, but his employer didn't want to pay his payroll taxes and so insisted that he work as an outside contractor.